In a news, US Defense Secretary Lloyd Austin and Russian Defence Minister Sergei Shoigu spoke for the first time since May and a top Russian diplomat said the call was needed to eliminate misunderstandings, TASS news agency reported. The Pentagon declined to offer specifics beyond saying that Austin, who initiated the conversation, emphasized a need for lines of communication amid the war in Ukraine. 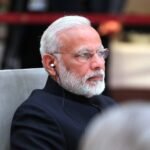