Hacking is a prevalent crime and happens to everyone, from politicians to athletes, musicians, and even actors. In 2021, cybercrime cost consumers over $6 trillion in the theft of personal and financial data, stolen money, lost productivity, etc. Many celebrities have been hacked, including Jeff Bezos, Ariana Grande, Tiger Woods, Rihanna, and Selena Gomez. Celebrity hacking has disastrous consequences, including extortion attempts, using their accounts to scam people, or intimate photo leaks. Let’s explore how celebrities get hacked and how you can avoid being hacked.

Celebrities Who Have Been Hacked

There have been several high-profile celebrity hacks recently, including the likes of Selena Gomez and Jennifer Lawrence. In 2014, a hacker hacked celebrity Jennifer Lawrence’s phone, and nude photos leaked online. Other stars who have fallen victim to hacking include Prince William, Hugh Grant, Sienna Miller, Jude Law, and Kate Middleton, the Duchess of Cambridge. Hackers often attack celebrities by hacking their accounts on social media platforms like Instagram and Facebook. Other stars to get hacked include Bella Thorne, Emma Watson, Tiger Woods, Kristen Stewart, Miley Cyrus, and Jeff Bezos. In 2020, hackers hacked Bezos’ iPhone after receiving a WhatsApp message allegedly from Mohammed bin Salman, the crown prince of Saudi Arabia. The message was laden with code that took some personal data from his iPhone X.

How Do Celebrities Get Hacked?

Hacking is a big deal, but it can happen to all of us. Hacking is the illegal manipulation of a computer system to penetrate security measures or gain unauthorized access to data. It’s scary how easy it is to hack someone’s computer or phone and steal their personal information. The hackers can use the data and accounts to scam people, blackmail celebrities, and seek ransoms.

Mobile phones can be a treasure trove of personal information and even malware. Some smartphones have known software vulnerabilities that hackers can exploit to get into your phone remotely without your knowledge. These are flaws in operating systems or apps that allow hackers to gain access to a device without needing to guess their password.

Phishing attacks are the most common form of cybercrime and the easiest to pull off. Phishing is social engineering in which attackers try to trick victims into revealing sensitive information, like passwords and credit card numbers. Phishing attacks are most common on social media sites such as Facebook and Twitter. However, they can also take place via email, text messages, and even instant messaging apps like WhatsApp. Social media users use their real names, making them easy targets for phishers who use fake profiles as part of their scams.

Social engineering is when someone tricks you into giving up personal information by manipulating emotions or using deceptive tactics. Hackers often pose as email contacts or people on your contacts list on social media sites like Facebook and Twitter. They’ll send emails pretending to be someone you know or met before and ask you for personal details like passwords or bank account numbers. Hackers often use social engineering attacks to access your personal information, bank account information, or identity.

Many celebrities use the same password across multiple accounts and services. Unfortunately, this has made it easy for hackers to crack those passwords. A hacker can hack into a celebrity’s account by using password-cracking tools. These tools can decrypt passwords in seconds, allowing the hacker to log in with the star’s credentials.

Hackers use malware to turn your computer into a botnet or zombie army. This means the malware will control other computers and make them do things without your knowledge. Many celebrity accounts have been taken over by malware, which primarily infects devices through phishing attacks on email accounts and websites. Hackers use ransomware to lock up devices and computers until you pay up.

What Can I Do To Avoid Getting Hacked?

Hacking can be disastrous to your life and cause you untold trauma. What makes celebrities more vulnerable is their large following and high-profile status. However, there are several ways to protect yourself from hacking attacks. With cybersecurity threats on the rise, it’s essential to keep these tips in mind, whether you’re a celebrity or not.

Ad blocking is another way to prevent hackers from accessing your computer or phone. By blocking ads on websites, you’ll make it more difficult for cybercriminals to track their movements on the web through online advertising networks.

A virtual private network (VPN) allows you to encrypt your internet traffic so that no one can see your online activities. This will make it harder for people who want to hack you or steal information from your device. The best way to use a VPN is through an app on your phone, tablet, or computer. It may also be possible to set up a VPN on your router.

Your phone is a supercomputer that keeps track of your activities, so it’s essential to keep it updated, so you don’t get hacked. If you don’t update your phone, hackers can find and exploit vulnerabilities in your device.

Passwords are one of the most common things hackers want access to log into your several accounts. A password manager is a software tool that helps you create strong passwords, store them securely, and make them easier to remember. The password manager stores all your passwords in one place, and you do not have to remember them individually. It’s also good practice to use two-factor authentication (2FA).

Don’t open attachments you did not download from the internet, even if they are from people you know. It is easy to get an email with a link that looks like it came directly from someone in your contacts list. However, most people do not know what this means and simply click on it without thinking twice. This can lead to malware being installed on your device. If you receive a suspicious attachment, delete it immediately and scan your device for malware with security software. 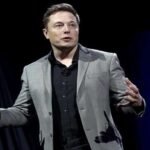 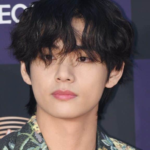