Multiverse of Madness is currently playing in 49 markets around the world with the top-grossing markets including Korea with $30 million, the United Kingdom with $24.7 million, Mexico with $21.5 million, Brazil with $16.3 million, India with $12.7 million, Australia with $12.6 million and Germany with $12 million. The worldwide number is even more impressive when you factor in that Doctor Strange 2 did not open in Russia or China which are two major markets for the MCU. That might come back to haunt the film in the near future, but for now, Marvel fans should only be celebrating. Finally, if you need another reason for why these numbers are so impressive, the original Doctor Strange made $85 million in its domestic opening weekend. This sequel made that and more in its opening day with $90 million. 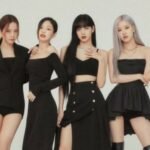